I got a question from one of our readers, while I did some research, I was surprised by such vast of information on this topic, which was very interesting. Before I go ahead, I would deeply like to thank that reader for this question, because of you, I got a chance to learn and teach to many other people In Sha’Allah.

Question: How to deal with Riya and showoff in Islam?

Since this is huge topic, I would like to discuss in depth and into parts.

What is riya? Riya has many levels in Islam, but the broad definition could be considered as arrogance. Riya can come in many forms such as in our hearts, minds, verbal aspects, and actions.

Let us explore these aspects:

Hearts: When we win or do something and get praised, we often forget Allah (swt) helped us, and we believe that we achieved by ourselves. We not only forget our Creator, without His help we cannot achieve anything, but we also discredit our family members and our loved ones and leave them behind. We take all the credit and fame.

Minds: We tend to believe in ourselves after we achieve something. That’s “I tried” or “I did”, it becomes all about me, instead of Allah (swt). When we lose something or something goes bad, we say or blame Allah (swt) or family/friends, but never oneself.

Verbal Aspects: We start comparing ourselves to other people, especially people in Islamic history such as Caliphs, Sahabahs, Prophet (saw)’s wives, and Prophet (saw), and etc.

Actions: When hearts and minds become one thought, then automatically our actions follow that train of thought.

In Part 1, we focused on women and in Part 2 the focus was on men, and respectively in the manner of dressing/clothing.

In today’s time, it is extremely emphasized Hijab in the manner of dressing, yet in our Qur’an, hijab is mentioned in the aspect of manners and dressing.

In this part, I would like to explore Hijab, in the perspective of manners, modesty/moderate, and lifestyle.

A believer or a Muslim behaves accordingly to the Qur’an and Muhammad (SAW)’s Hadiths. Also there is a reason for that. We know whatever Allah (swt) has commended us is for our own benefit (in this life and Hereafter) and the benefit of the society.

Let us become a positive role model for our children and future of Islam. May Allah (swt) make each one of us success in this life and Hereafter. Aameen.

I came across this video by Nouman Khan, an Islamic Scholar. He was discussing this question, “I don’t like hijab” quite in a very different perspective. I found it very interesting, since many clips and scholars discuss importance of Hijab or point fingers what hijabi sisters are doing wrong, and I find that accusations very disturbing.

We all are respectively trying our best in our lives to be good Muslimahs. It’s a daily challenge, but when people judge or point fingers, its very demotivating.

This short clip, makes hijabi and non hijabi think about hijab and Islam in a very different perspective

In my earlier posts, I had started the concept of Hijab is pretty huge, so in order for me to try to cover as much as possible, I would need to break into parts. In Part 1 — Dressing Hijab for Women, and in this Part 2 — Dressing Hijab, I would like to focus on men.

Many people and media, keep pointing hijab for women is oppressing (though there is no actual facts, besides minority women’s views), there is no mention at all on men and their hijab!

Hijab is NOT only for women, rather it is EQUALLY for both men and women.

Forbidden for men to wear:

I would like to eventually get into details about our Beloved Prophet Muhammed (SAW) and his life, but right now I would like to discuss our duty as Muslims.

I have started seeing our Prophet (SAW) being abused, verbally and online. It is important not to become judgmental, but let’s use work together to educate those individuals in the best way.

Let’s first remind ourselves, that our Prophet (SAW), the single most perfect man in history, had the following done to him

Has someone ever thrown stones at you? Have you ever had dirty garbage thrown over your head? Yet somehow our aggressive reactions would lead someone to believe as if someone has actually done this?

So what is our end goal? It’s obviously to reach Jannah and the way to do this is to try to follow the life of our Prophet (SAW) If we try to study him, act like him, perform the Sunnah then we have a good chance of achieving our goal.

When someone insults Islam or our Prophet (SAW), or Allah (SWT), of course we all get deeply hurt, but what I witnessed a few days ago, was perhaps worse. A barrage of abuse from Muslims to the offenders swearing and insulting back. Did our Prophet (SAW) act like this? Of course not, so by acting in this way are we really defending our faith or weakening it? I feel we are weakening it, we are showing just how weak we can be.

Did our Prophet (SAW) lose such control? Engage in such filthy language? We all know certain people hate unconditionally, and in this case, it was a group of young teenagers who were spouting such hate, but we also know, or should know that many non Muslims respect Islam, respect Muslims, but when they see us defending our faith in such a violent aggressive manner, what must they think?

Once when the Prophet (SAW) was being physically abused in Taif, he was bleeding from having stones thrown at him, Angel Jibraeel (AS) came to him and said, “the Angels of the Mountains can crush these ignorant people between the mountains, should you wish O Muhammad (SAW).”

Bleeding from head to toe and battered and exhausted, the Prophet (SAW) was faced with a choice; should he or should he not seek to destroy the people who had just humiliated him (SAW) by having their children chase him (SAW) out of town while throwing stones at him (SAW)? And for what crime? All he (SAW) had wanted to do was convey the message of the Oneness of Allah (swt) to His creation and seek benefit his own people.

However, although they hurt him, Prophet Muhammad (SAW) looked beyond his own wounds and forgave them, replying to the Angel of the mountains he said,
‘No, do not destroy them, for I hope that Allah (SWT0 will bring out of their offspring people who worship Him (SWT) alone without associating any partner with Him (SWT) in worship.
What a beautiful excellent response. Look at the humility. The control of anger and hurt!

The way you respond to insults has an impact on the actual image of Islam. So lose this anger, lose the bad language and become an advert/role model for Islam. Ignore the ignorant who hate unconditionally, if someone criticises Islam and you feel you can have an intelligent conversation with them, then do so politely, they will think so differently of you, even if they don’t agree, they will respect the way you have conducted yourself.

You will promote Islam much more effectively this way if you control yourself.
That’s real faith.

Allah subhanahu wa ta’ala says what means in the Quran,
“Hold to forgiveness; command what is right; but turn away from the ignorant”.

He subhanahu wa ta’ala also says what means,
“And when they hear vain talk, they turn away therefrom and say: ‘To us our deeds, and to you yours; peace be to you: we seek not the ignorant.’

Prophet Muhammad (SAW) said
“The strong is not the one who overcomes the people by his strength, but the strong is the one who controls himself while in anger.”(Bukhari :: Book 8 :: Volume 73 :: Hadith 135)

Hijab is a scarf that covers head and chest of women.

Part 1—In order to do hijab, one HAS to be dressed modestly.

No makeup/Light make up     Cannot be full of make up

In today’s society, hijab is basically labeled as “women/religious oppression” or on flip side of it “fashion”  So what is the reality of Hijab? Many individuals are extremely confused and unfortunately have relied on media.

Let me try to clear and provide proper understanding. Hijab is not simply a cloth and only for women, it is more than just a head piece and hijab is equally (more so) for men. Let me illustrate and share some guidelines for both men and women.

Since hijab has so much in depth information, I am going to break into parts. 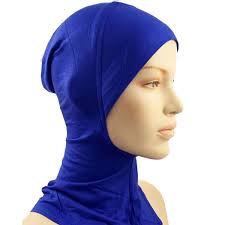 If you are a Muslimah or Non Muslim sister, who donned hijab for the sake of your belief/faith and is looking to work. I will be updating this post whenever I find any/all businesses/organizations hijab friendly.

In USA, no company can discriminate you on the basis of hijab, but it does happen.

Title VII of the 1964 Civil Rights Act prohibits religious discrimination by employers. Under this act, employers must make “reasonable accommodations” that allow employees to practice their religion if the practice is not disruptive. Allowing someone to miss two hours of work per day might be considered disruptive, but courts have ruled in favor of plaintiffs who wanted minor deviations from dress codes. Employees must demonstrate that they need the accommodation due to a sincerely held religious belief and that there is currently a conflict between the religious belief and work requirements.

If your employer has asked you to stop wearing the hijab, send him a letter in writing documenting your request for a religious accommodation. Document any instances of discriminatory behavior or harassment, and remain calm. If your employer still insists on the removal of the hijab, contact the Equal Employment Opportunity Commission, which often sues on behalf of workers. Consider hiring a lawyer to draft a strongly-worded letter to your employer, particularly if you don’t want to quit your job.

I am not kind of person, who goes to shopping frequently, but of course we all have to go shopping. Yesterday, I went to shopping with my mom, in a nearby mall. Usually wherever I go, I am only hijabi, but yesterday Alhumdullillah I was met by two wonderful hijabi sisters!

One of the cashiers was hijabi and she was so patient with everyone. Finally my turn came and it was refreshing that stores such as Kohls was accepting diversity, Alhumdullillah. This sister was very nice and Alhumdullillah no one felt negative towards her.

I too work in a retail store with my hijab and Alhumdullillah no one has said anything. When people who say or assume that hijabi women are “limited” or “create fear” really need to check themselves.

I will try to list, which stores/businesses are “hijabi” friendly if you are looking to work (anywhere is USA). So far I have come across two, since I wasn’t actively looking until yesterday. Now that Alhumdullillah that I have this platform (Muslimah411 Blog), I will try to keep a lookout and keep you posted. If you see anything please comment and/or email me so we can highlight that for our hijabi sisters (Muslims and non Muslims).

These are the words I will be frequently using and updating this list for easy read. If you would like to add more words to this list, please let me know.

If you are wanting to use any part of the blog, please contact me at muslimah411info@gmail.com.

Please DO NOT use any part of this blog (muslimah411) without permission. 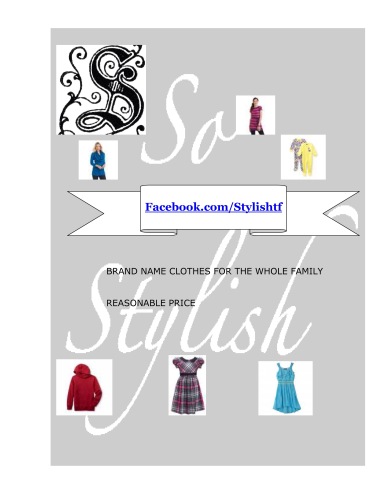 Stylish – Brand name clothes for the whole family within budget!